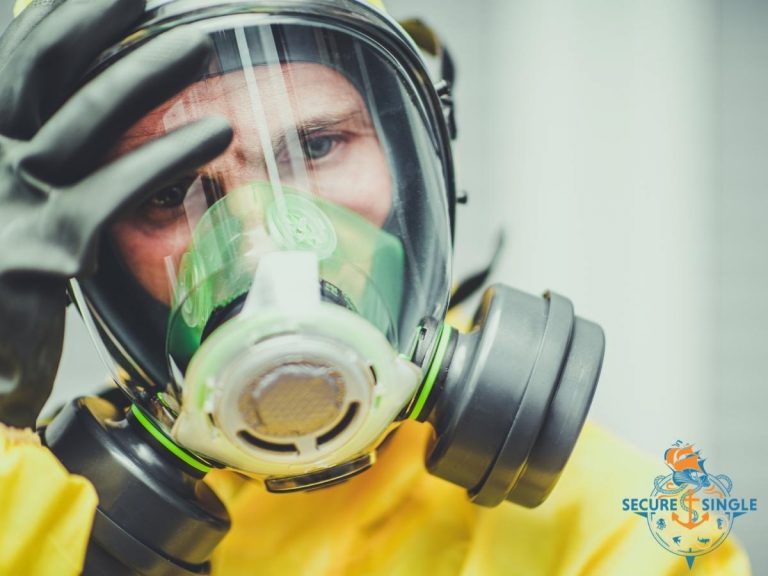 The Myth of Toxic Masculinity in a Gynocentric Social Order 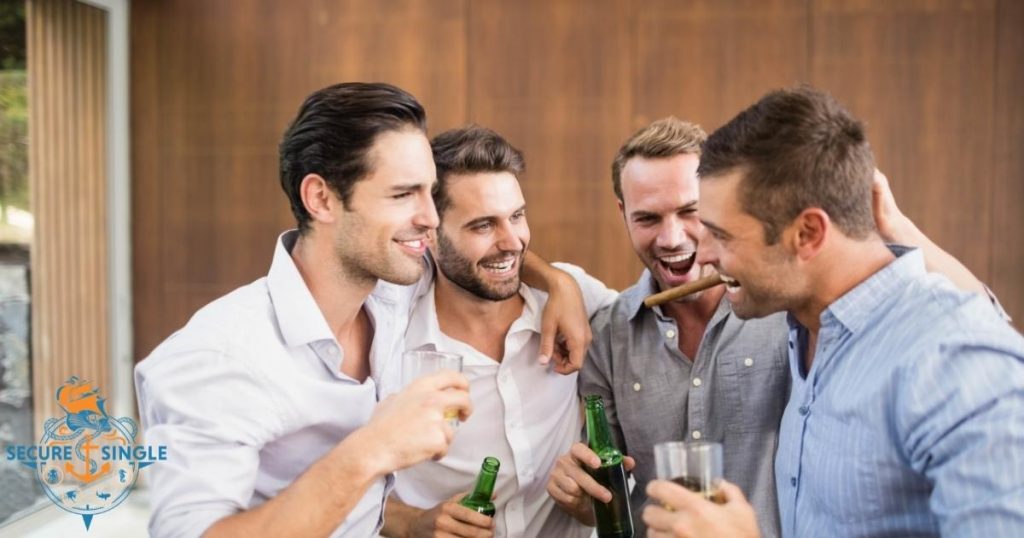 A few critical Feminist myths continue to remain because Feminists don’t want to acknowledge the facts against their narrative. Time Magazine deconstructs the six central myths in “6 Feminist Myths That Will Not Die”. The wage gap is the most widely used one that feminists like to point to for their position. The reality is that women often choose to get more social degrees and work in social fields than men who work in STEM fields that pay more. Of course, there are always exceptions, but that is most often the case. Yet Feminists continue to cry foul while pushing the propaganda that women make less, which is a result of the fields women go into compared to men and the many variables. It is an economic myth, and Feminists need to start to be honest about the data.

The Consequences of Living in A Gynocentric Social Order

The Myth of Toxic Masculinity

When men argue against today’s society’s current politically correct vocabulary, men have often attacked ad hominem for misogyny or mansplaining. All that mansplaining and using language such as toxic masculinity is a strategy to invent terminology to degrade and coerce men to be silent. Politically correct vocabulary leads to the destruction of language because words no longer have meaning since they can change them to fit the ever-changing Newspeak narrative. Manipulating and changing words is an implicit psychological tactic to suppress men to fit into the gynocentric social order.

The War on Masculinity

There is now a war on masculinity. It is an implicit series of battles that have been fought over time that been part of the culture war. If you are a man, society sees you as a problem. Words are power, so the myth of toxic masculinity is a tool to create weak men. The Internet, newspapers, magazines, movies, and television send messages that weaken men. For young men who are Millennials or younger, these men were raised by propaganda narratives from the gynocentric social order. Two famous or infamous narratives are the myth of toxic masculinity and the #MeToo Movement.

Toxic masculinity and #MeToo are weaponized propaganda to attack masculinity. The campaigns negatively attribute wrong actions that some men may have done to women to attribute that behavior to all-male behavior. Instead of rationally looking at what happened and objectively through a court of law, those movements use emotional appeal to growing. The consequence of #MeToo is that men are now uncomfortable being around women in the workplace or even just casually. Men realize that women could accuse them of predatory behavior in anything they do. Even if it is not true. A woman can falsely accuse a man of doing something he did not do. In that case, a woman will ruin a man’s professional reputation and career. 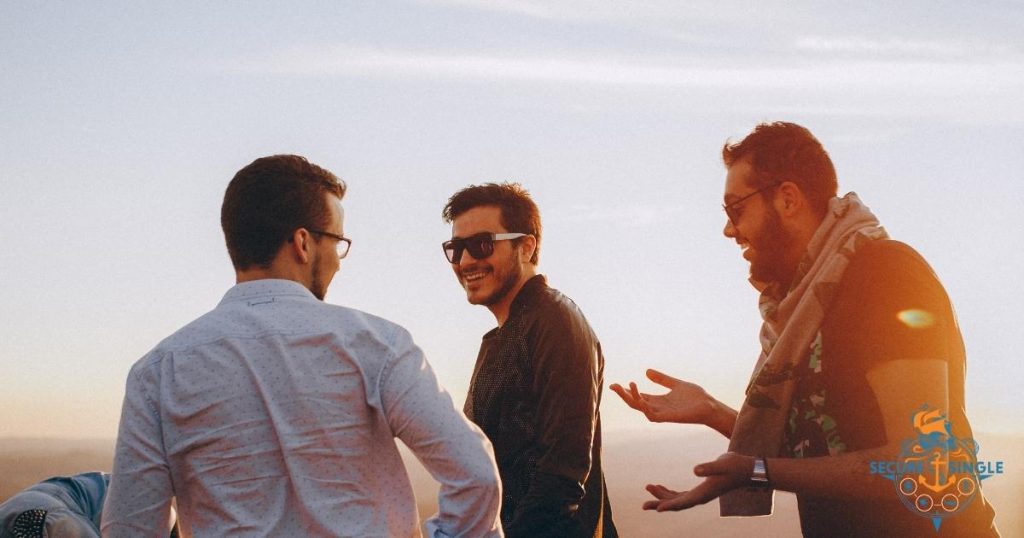 The Effect of the Myth of Toxic Masculinity on Society

The myth of toxic masculinity leads to a weak society. Toxic masculinity tells men something is wrong with them because they are male. When they show male traits such as being confident or assertive, gynocentrism labels men as displaying toxic masculinity. When they are just doing is displaying masculine traits. Some men will succumb to the gynocentric social order’s programming, resulting in weak men in society. These soft men are beta males and soy boys. Beta males and soy boys are men who go along with or believe in the gynocentric social order. Maybe they don’t know anything else, think that there is something wrong with masculinity, or are white knights. Weak men lead to a weak society which results in hard times. Weak men will not be willing to stand up when things become challenging or sacrifice themselves to protect their families and society when the hard times arrive. An example would be when the government starts to take away the rights of the people and becomes a totalitarian government.

Men no longer need to go out to hunt and gather to provide for themselves or their families. Hunting and gathering have now been replaced with jobs at the workplace. But men are dropping out of the workforce, and many things have led to weak men in modern society.

The higher education system has essentially become a place for propaganda and indoctrination. When men go through it, they will likely believe what their professors tell them about how the world should work compared to how it works, which leads to a victim mindset. The modern education system trains students to find things to blame. The list of things to blame includes patriarchy, capitalism, employers, landlords, and work. Rather than students learning valuable skills that will better themselves and make them more desirable to employers. The higher education system is now creating weak men rather than men who think critically and build things that will contribute to society. 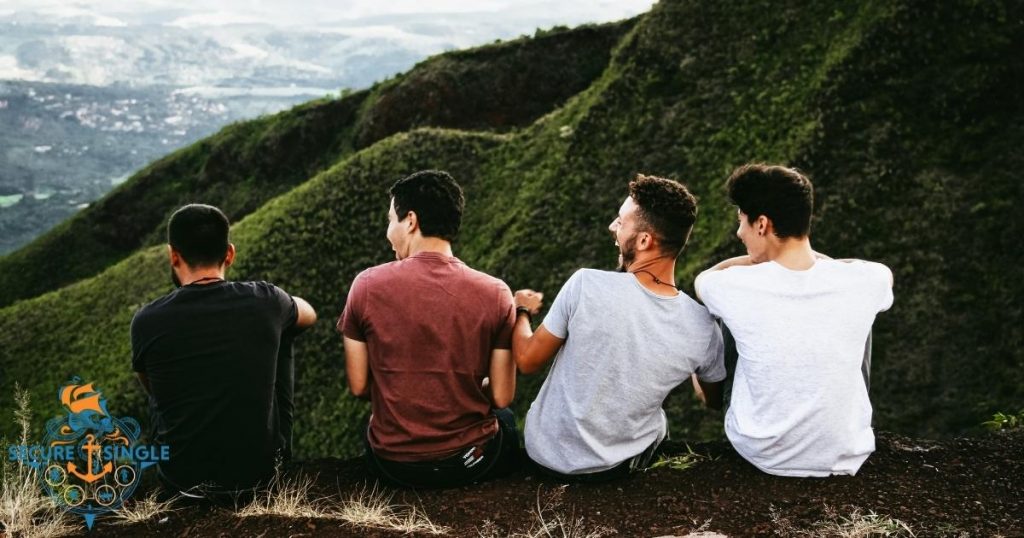 Men conventionally get more of their identity from work compared to women. The economy has drastically changed over the last decade. Still, those changes have only accelerated over the last three years as more businesses have gone online. The government also has created laws and policies that disincentivize the most productive men, or the government creates mandates that encourage people to resign from the workforce. The government laws, regulations, and taxes made unintended consequences that affect both men and women who work a regular job or own a business.

Millennials and the younger generations have difficulty finding role models and mentors who will instruct them on being successful. Instead, they either join groups that negatively impact them, like gangs, play video games, or spend their time online rather than working on themselves. The loss and lack of role models and mentors have created a generation of weak men. Single men can look for a mentor to help them to better themselves. A mentor can hold men accountable to work to achieve their goals. Men can learn from their mentor’s experience and professional background to improve their professional lives. A mentor can help a single man navigate and find his life purpose.

Women like to date and marry up, and this is called hypergamy. But when a society has feminized men, women don’t want to spend time with those men, and similarly, when women act like men, men don’t want to spend time with those women. The consequence is a lower birth rate. The demographics won’t meet the bare minimum required to keep society going for the next generation. When a society cannot reproduce at the necessary pace, it will collapse, or the demographic numbers will need to come in through immigration.

A Return to Positive Masculinity

Modern society has distorted what it means to be a man through the gynocentric social order. There shouldn’t be a need to put “positive” before masculinity. But here we are today. Rather than falling for what modern society tells men to do and that there is something wrong with being male, their men can return positive masculinity. Men can start to act rather than remain passive as modern society wants them to do.

Single men can begin to go after what they want in their life. Single men can focus on personal development, achieve their life goals, and work to produce in a society that wants everything given to people without doing work. Men have been doers in history and value them through creating and doing rather than just being. Single men can start to take personal responsibility and self-ownership of their lives. Personal responsibility and self-ownership go against the communitarian characteristics of the gynocentric social order.

Return to a Life of Action

Men have traditionally been about doing things and taking action in your life. Rather than staying stagnant and stuck, men can decide to take action to change their lives. For men to change their lives, it will require time and hard work. In a culture that looks down on taking responsibility, it is time for men to take control of their lives with radical self-responsibility and self-ownership. Stop listening and telling people or yourself to stay safe. Accept that risk is part of life and utilize calculated risk to help you in your own life. Self-discipline is freedom.

What do you think about the myth of toxic masculinity? Do you agree or disagree? What are your thoughts about the gynocentric social order? Leave a comment below. 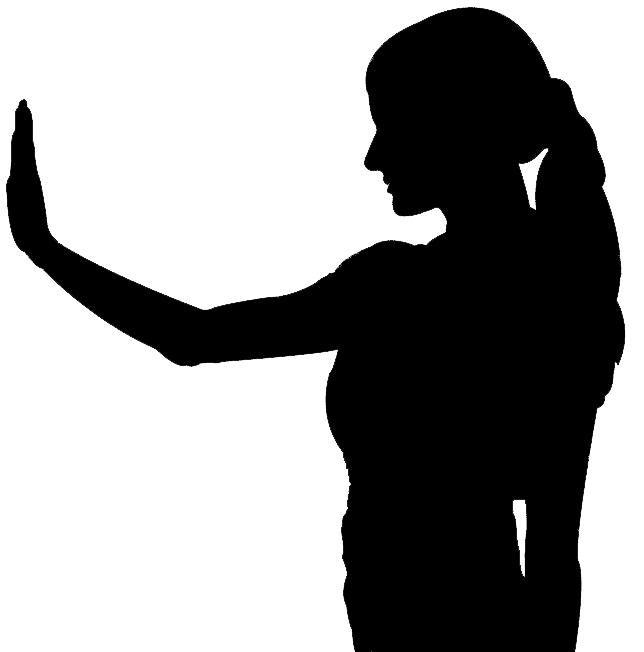 In Defense of the Single Life: How Singles Benefit Society 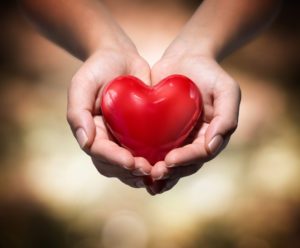 5 Ways to Love Your Single Self During the Holiday’s
Recent Posts
2017 © Secure Single LLC. All rights reserved.