America just celebrated her 241’st birthday and is one of the youngest and most dominant economic and militant powered countries in the world. It would make sense that the growing number women in America are contributing to the growth. According to CNN money, the number of women billionaires is up from 1995 to 2014, that doesn’t even include the current data from 2015 to 2017. Women yield a lot more economic power than one might think, and in fact, 85% of the brand purchases are made by women. Still thinking about general marketing? Niche down and focus on what women want.  Adding women’s GDP in with men’s, the overall growth of the economy has nearly exponential. According to the statistics, the majority of women billionaires are self-made and single, with no need or obligation to raising a family. Women are more educated, more invested, and more career driven – especially in the workplace. Women are now more independent than ever before in the history of America. Trust me, it doesn’t stop there.

In a recent book by Rebecca Traister, she clearly explains where women started, historically speaking, and where women are headed. Her book was a great overview of the historical events in which many women became trail blazers for the rights and freedoms of women today. As a recommended read, Traister’s book highlights the successes and difficult times that women have faced in history, whether it be facing a vicious adversary, community uproar, or those battles against their male counterparts in the fight for freedom. For a look at the progress of women rights, Traister’s book uncovers a lot of the forgotten truths about where women began to originate their freedom of today. In the following text, we detail out some of her main points discussed in the book. 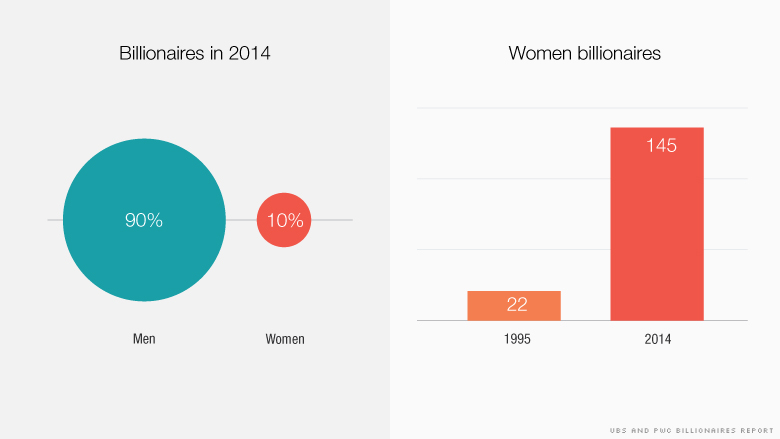 Looking back in history to the subsequent 19th and 20th centuries in America, women were deemed 100% dependent upon men for a household, food, water, and lifestyle provisions. Women literally had no rights and were at the sole digression of their husband’s decisions. Yielding no manner to generate income for themselves, quite yet, women needed men. This is perhaps how the institution of marriage was founded, back when women needed men to provide, to go out and get the bacon.

Now, women can make their own money, be more productive in society, and have the option to pair with a man to be qualified as ‘Dual Income No Kids’, or more commonly known by The Wall Street Journal as ‘DINKS’.

One of the ways women could ‘provide’ for their husbands would be to bear children, conduct household chores, and be integrated within the community churches by donating and volunteering. None of those activities generate economic power for women and have previously been the only roles available to fill.

Some of the examples in Traister’s book showcase women who have lead movements by stepping outside of these constricting labels, and making waves. Fearlessly, women have been arrested, shamed, and chastised for wanting to be more, have more, and become more. We all deserve an equal opportunity, right? No one should be holding you back from being as wildly successful as you desire.

“The world is your oyster.”
—Shakespeare

Times were tough for the early years of America, and the middle class was slim. However, due to the power of the economic catch-up effect, in terms of gender roles, women now have more opportunity to excel and are doing quite a fantastic job at catching up to men. In fact, more women are enrolled in college than men, according to the National Review. 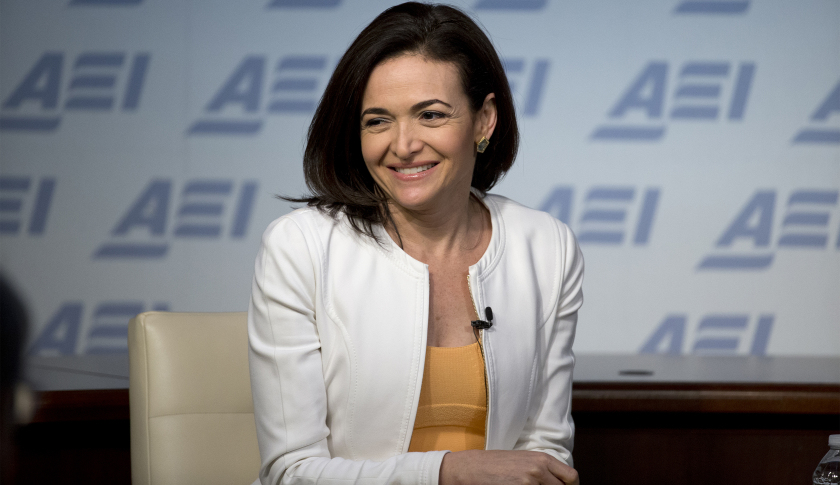 Fast forwarding into the Industrial Revolution, wars abroad, and the ever more prominent changing of the times, women began to integrate into the workforce. When men began leaving the country for war, many jobs needed filled by the remainder of the women left in the country to promote steady GPD and support of war manufacturing efforts. Rosie the Riveter, most popular from 1942 to 1945, evolved as an inspirational rhetoric for the women who worked in defense industries during World War II. According to History Matters, the number of employed women grew from 14 million in 1940 to 19 million in 1945, and most women wanted to keep their present jobs when men began to return home from the war. In the years that followed, the service sector expanded (possibly due to the Baby Boom), and the number of women in the workforce increased significantly, despite the dominant attitude towards women as being household mothers and homemakers.

The Progress & The Stigma

Great forces are often met with great resistance. This goes for any person, whether making changes on small scales, large scales, personally, or even publicly. It comes to no surprise that many of the pioneering women leaders in history have been arrested, shamed and protested against, and rejected by some of their peers. It takes a thick-skinned person to push back against a vicious adversary.

Because so many women began to generate their own income, become more independent, and build their careers, many of the pioneering women leaders received violent opposition.

Historical figure Susan B. Anthony, a Civil Rights and Women’s right Activist, was arrested for illegally voting in 1872.

Abolitionist and suffragist Lucy Stone married in 1855, and kept her last name. At the time of her wedding ceremony, she had the minister clearly read out the refusal of the traditional marriage roles to be instead replaced with equality in the household. Today, women who keep their last name are known as ‘Lucy Stoners’.  Stone was notably the first woman to earn a college degree in Massachusetts through Oberlin College and Mount Holyoke College.

Women pressed on for voting rights, birth control, equal pay, and additional rights that men holstered, unavailable to women. When women have chosen to fight for their rights, they become community leaders and make massive movements. Though, many people place a stigma. Many of these women who made history are single, labeled spinsters – a negative term to describe unmarried and non-childbearing women. 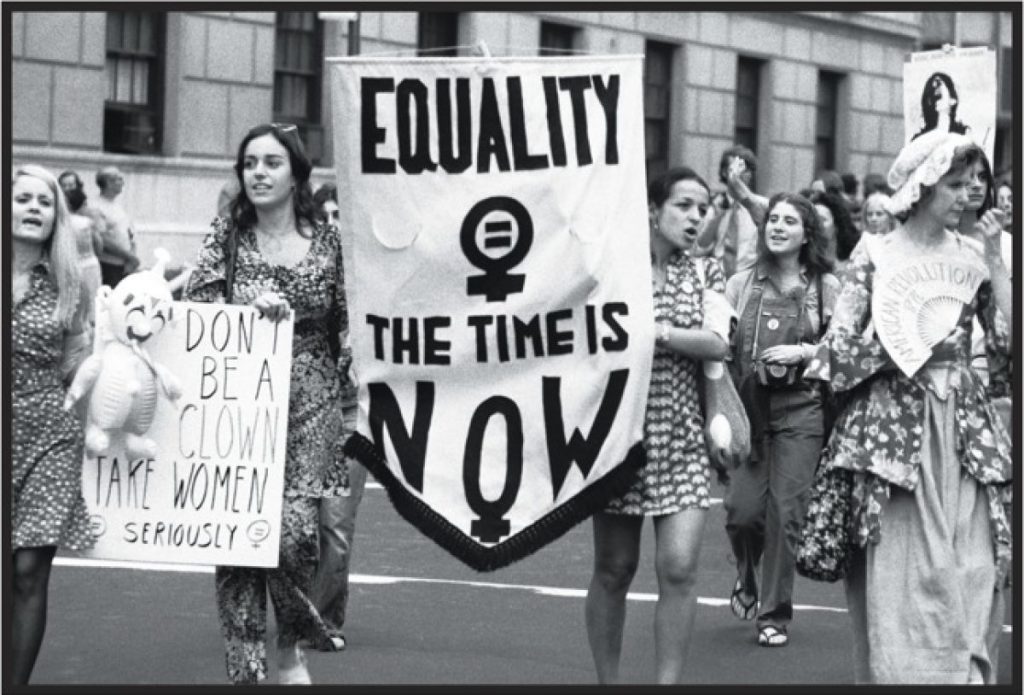 Men are a very important part of society, and make up nearly 50% of the population, however, now that women are more educated, career driven, and can generate their own income, there is less of a need to be so dependent upon a man. As noted in All The Single Ladies, single women have often made history in America, unmarried.

When someone has control over your resources to live, they initially have all the power. This is also true in same sex marriages. For a more progressive society, independence is a must in terms of career orientation and financial power.

Still not convinced that single and independent women are making waves? There are single women who are billionaires, though highly eligible for a mate, they are die hard focused on their business dealings. Rebecca Traister notes in her book that some women decide against early marriage, in part of fear that it would divert attention from their career ambitions.

I don’t see why women with an education, a driven career path, income generating ability, budding economic power, no children and no marriage obligations would not be happy. In fact, women have more reasons to be happy today, than previously in history. With equal rights, money, and economic power of our own, women are now more liberated than ever. Not to mention sexually with the birth control revolution. 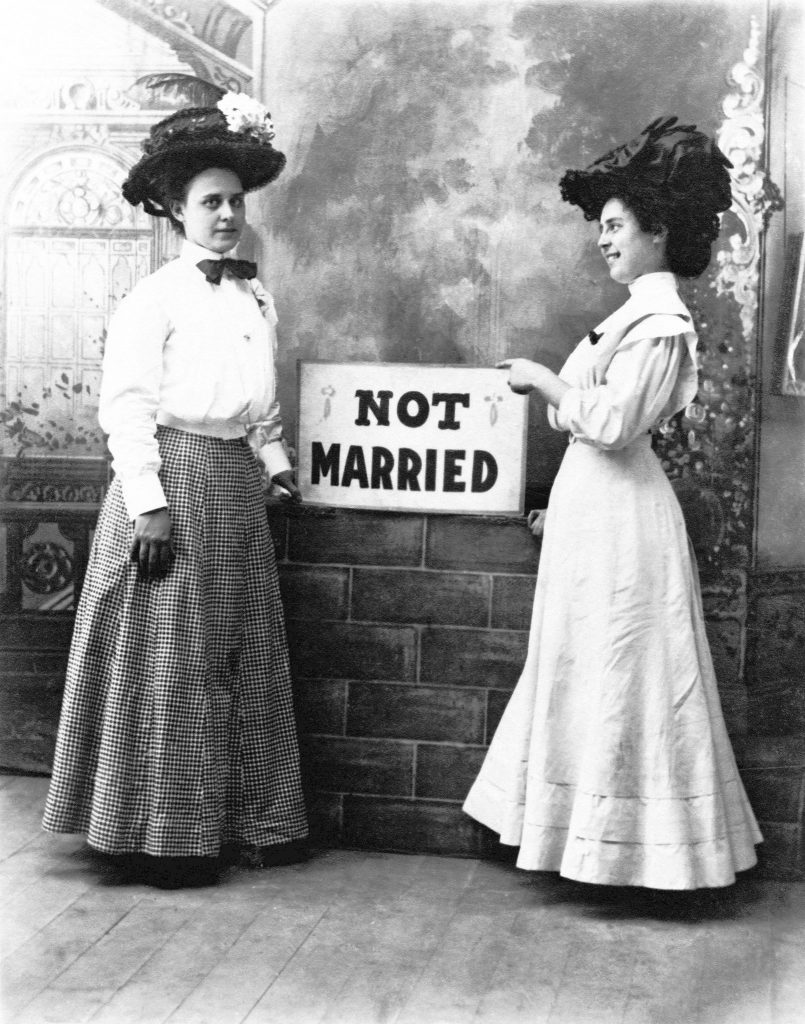 To keep America improving for both men and women, we need to support each other. There should be no shame to those who choose to be single and career driven. A quick look back will show that married men have previously not had the obligations to conduct household chores or child rearing, as the responsibility was mainly that of the women’s. Single women have more time to invest in their careers and financial stability will inevitably will have more freedom.

It’s not that anyone is holding you back, it’s simply that change is a natural occurrence and people should be open and willing to adapt to progressive thinking. Before you become afraid of change, let this last text resonate with you:

Secure Single provides a forum for a diverse variety of perspectives, ideas, experiences, and resources and does not take official stances. All writers speak exclusively for themselves. Concurrently, any quotes, shares, reposts, interviews, etc. do not imply endorsement by Secure Single LLC or its curators. Now go live your best single life (: 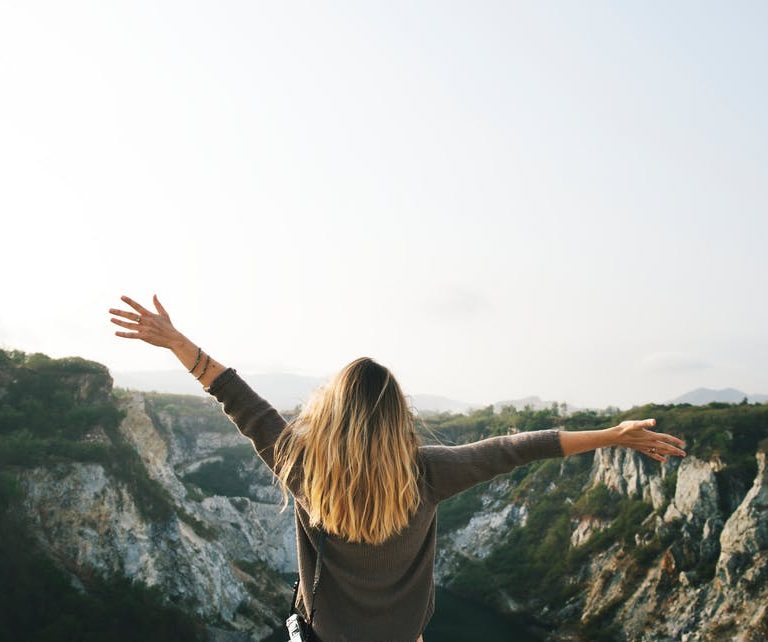 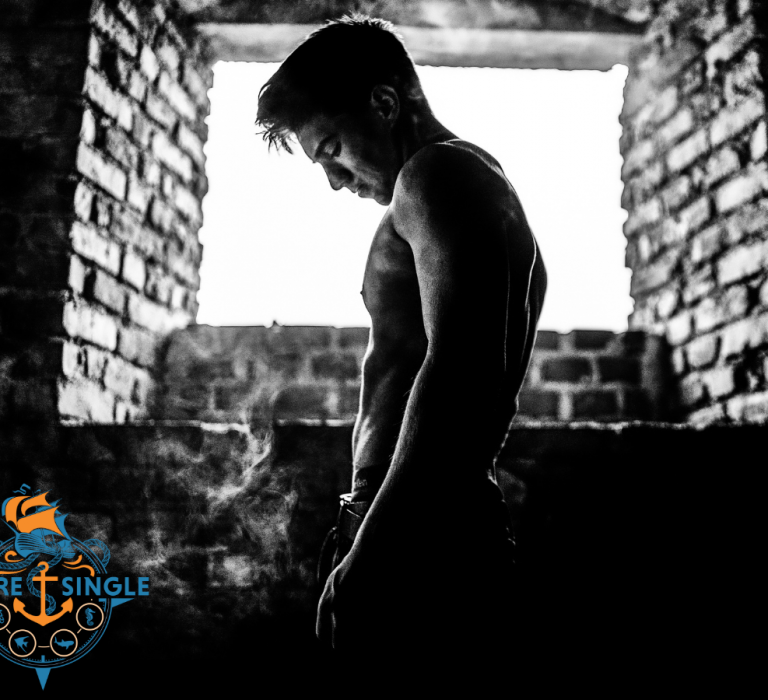 What Is Involuntary Celibacy?