Secure Single focuses on the single life to fix the stigmas that are normally placed on single people. In media, the single person is shown as being insecure. There are two main types of singles. Single people in the state of singlehood and singles in the state of singleness. Singlehood is the transitional state between being single and being in a romantic relationship. In contrast, singleness is the decision for a single person to commit and live one’s life as a single person.

Secure Single recognizes that there is a spectrum from singlehood and singleness in the single life and Secure Single aims to investigate the different lifestyle choices along that continuum. Secure Single presents a positive view about singlehood, singleness, and seeks to make confident singles. Secure Single aims to revolutionize how society thinks about single people. Secure means being safe, stable, and free from fear or anxiety while being confident in a lifestyle and identity as a single person. Are you a single person? Do you want to learn tips for how to improve your daily lifestyle from cleaning, cooking, health, and other areas as a single?

Secure Single provides a variety of content for single people including articles, pictures, videos, and interviews. Do you want to improve your life as a single? Secure Single is here to help you live your life better and to the fullest so that you can secure the single life!

As you probably noticed, Secure Single has a distinctly nautical theme.

This visual messaging is a key element of our branding, identity, and purpose. Let’s briefly explore each of the four main aspects of the Secure Single logo and how they correspond with our four core values as an organization.

1. Security, as shown by the anchor.

Everyone needs a solid foundation for their lives. This is essential to peace of mind and genuine flourishing. Knowing who you are how you view the big picture provides a sense of purpose and a confidence for facing life’s challenges. Single people should feel secure that they are fine, and there is nothing wrong with them for being single. Your human worth and dignity are inherent in you as a person, not based on your external circumstances or relationships.

2. Diversity, as shown by ocean life.

There is an immensely broad spectrum of diverse people living as singles. There are numerous reasons why people are single, and the form their singleness takes varies widely among individuals and communities. However, some aspects of single life unite all singles. Likewise, a huge variety of sea creatures thrive in the ocean, be they seahorse, whale, small fish, octopus, and many more. But they all depend on the ocean environment to live their own lives.

3. Autonomy, as shown by the compass.

Each person is the captain of his or her own ship of life. Singles can chart their own course themselves as they best see fit, according to their own beliefs, values, and preferences. Their own inner compass navigates the way to their personal true north.

4. Flexibility, as shown by the sails.

Singles have opportunities and choices that are often unavailable to those in other situations. Sails allow the ship’s captain and crew to either go with the flow of the wind or harness the wind to maneuver in a specific direction.

Here’s what a lot of our readers usually want to know.

So what is Secure Single?

And who are “singles?”

Singles are divorcees, widowers,  single parents, and people who are temporarily single or who have chosen to be permanently single, that is called single by choice.

How about single parents?

The media and popular society shows single parents as being doomed and helpless from the beginning because they do not have another person to help them out with their children. Because the divorce rate has steadily increased over time and now around 50%, single parents have become more common in society. Further, single parents are often portrayed as falling into drug or alcohol abuse because they.

What about family values?

There is nothing wrong with couples and people wanting to get married. However, the problem become when the government believes that it is in its best interest to provide benefits to families and married couples while single people do not receive those same benefits. This question ultimately reaches down to a deeper question of political philosophy, should the government to be legally involved in marriage? Consequently, if the government is involved in marriage, should couples receive those benefits while single people do not? Regardless of ones’ view on the role, purpose, and the extent of the government; couples who are married receive an 1,000 more benefits compared to single people. That only includes the benefits from the federal government. The government and society has decided that merely because a person has a status as being single, that it is just and fair to treat singles as being unequal compared to their married counterparts merely because of their relationship status.

What about a person finding “the one” or their “soul mate?”

Popular society and media adore the theory of a woman, more so than with men, finding her one true love and her knight in shining armor and the woman saving the man from his slovenliness and sleeping around with numerous women. This soul mate myth creates an easy model for movies, television, and novels while appealing to a wide audience who want the myth to be true while creating an ideal that ultimately cannot be achieved by couples in romantic relationships because their partner will never reach their ideal. The problem with the soul mate theory for couples is that it creates to high of an ideal that a romantic partner can never reach and for this reason is credited for leading to a large number of breakups. However, most importantly, the history behind the Soul Mate Theory traces back to Plato’s The Symposium where he argues that the myth of there being a One for every single person traces back to Zeus cursing humanity out of spite.

Is there a history behind people who decide to live their life as a single person?

It was common historically for a family’s sons to take over their father’s business, enter the ranks of the feudal government, or enter the priesthood. For women, it was common that they would get married off or that they would become nuns. Further, certain religions and philosophies honor living a single celibate life higher than getting married. However, it important to note that some religions and philosophies acknowledge that one can choose to live a single life without necessarily being celibate.

If a person decides to remain single, how do their parents normally respond?

This question will depend upon the upbringing of each individual. However, it is still normally a given that most likely the parents son or daughter will end up eventually dating and getting married. While there is nothing inherently wrong with this line of thought since it is normally true, it will ultimately depend upon the worldviews, background, and values that the parents hold as essential for their son or daughter to live a happy and successful life.

How does the media and popular society portray single men?

How does the media and popular society portray single women?

Why should I care?

Single people do not have the same legal rights and benefits as married couples from the local to the federal level. If you care about the law should truly treat everyone equally, fairly, and justly, then you should care about the plight of single people regardless of your views concerning politics. Further, separate from politics, single people are often negatively portrayed in the media, in movies, and in television as being irresponsible and needy because they lack a significant other in their life. Finally, singles now outnumber those who are married in industrialized countries.

How can I help?

Be aware of how the media and popular culture portrays single people. Send in any stories that you or your friends, family, colleagues, or other communities have about living as a single person. In addition; if you have found anything on Secure Single of interest and would like to learn more about singles issues or learn how single people can better life, then please subscribe to Secure Single to receive updates that address topics from daily life, to singles issues, and current events about single people.

The Secure Single blog is our resource for you. Get started today.

15 Legitimate Reasons Why Men Are Choosing To Stay Single And Are Giving Up On Women
10 Feb,2018 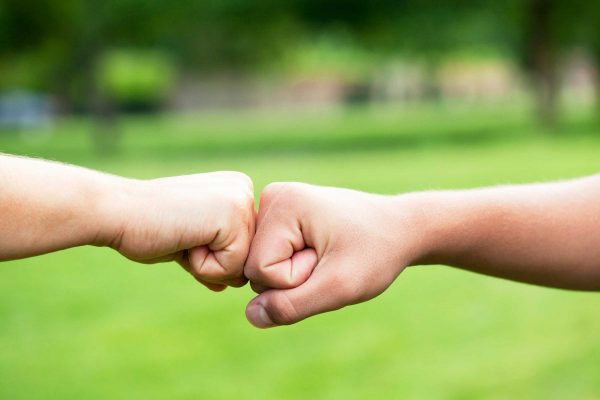 Single Men: Reasons to Start to Use Physical Touch
13 Apr,2017

The Church Is Dying By Not Welcoming Singles And Not Having A Theology of Singleness
15 Nov,2017

Single by Circumstance: How to Grow While Single and Prepare for The One to Enter Your Life
23 Nov,2017

5 Reasons Why You Should Celebrate Being Single On National Singles Day 2018
21 Sep,2018

5 Ways your Router is Vulnerable to Being Exploited and Router Best Security Practices
17 Oct,2018

5 Cybersecurity Practices Everyone Should Use Now
16 Oct,2017

Single Men Are Dropping Women Like They Are Hot, Dangerous, And Are Not Worth Their Time To Date For the Single Life
7 Jan,2018

Default Single: How Singles Can Be Happy Being Single— Even If They Want To Date
4 Jun,2018

4 Ways Singles Can Benefit From A Dating Break In World That Says Everyone Must Date
30 Apr,2018
2017 © Secure Single LLC. All rights reserved.
Power by